Written by
edenb01
Posted in
Uncategorised
Comments
Leave a comment

To design and build a structure. I will simulate a national phenomenon to see if my structure can withstand it. (Earthquake)

I think it will just fall.

If you wanna see my results watch this video.

I learned that clay and tooth pics are really strong.

For a while we have been reading the book hoot! It is a really good book! When we finished we had to choose an animal, and we had to tell people about the animal. We also had to add in propaganda persuasion tools.

Here is the flipgrid explaining why I made the choice I did:

Hi! Two days ago we did a project about Structures and design! We had to pick a country. I chose Canada. Then we had to do the other slides. This is mine!

Would I have a pet in 10 years? If the apartment people would let pets stay I would have a cat, and if my cat Lucky is still alive I would take him if my mom said I can. Where would I do holidays in 10 years? I would come home for holidays, and try to come home for birthdays. That is what I see myself in 10 years.

Yesterday me and my partners researched Natural Phenomena forces in Science class. Here are the slides!

Hi! In English a few weeks ago we made a story! Here is mine! It is called “The Haunted House”. I hope you are going to like it!

“Swiiiiiiiiish!” She sliced through the pumpkin. Emma loved to bake, and pumpkin pie was her favourite. As she  cut the pumpkin into pieces, something happened. The pumpkin was glowing! She lowered the knife and it grew even brighter. Although she was scared, she kept baking the pumpkin pie.

Emma’s  7 year old son Aiden, was playing outside with his friends.  Once the pie was done, she called her son in from outside . “AIDEN COME IN  FOR MY PUMPKIN PIE!” said the mom. The mother put the pumpkin pie down on a plate on the table. “Mmmmm this is so good mummy,” said Aiden,“thank you!!” Something happened, the light started to flicker! Emma and Aiden were so scared.

Emma changed all the light bulbs in the house, but they continued to flicker. Emma called someone to help her, but that did not work either.  She tried everything, but nothing worked. Then all of the lights went off. THEIR HOUSE WAS HAUNTED!!! AHHHHHHHHH!! Oh no!

They ran out of the house like a lightning storm. Then they contacted the “Special Department of Haunted Houses”, who said they should not stay there anymore because the ghost was probably never going to leave. A hotel was available for them to stay in until the government found them a new house.

Emma was happy, even though she could not bake at the hotel. Aiden was happy too because the hotel  had a pool and a big play structure.

They moved to a new house.  Thankfully, the new house was not haunted. Emma got to bake again! The other house got destroyed, and hopefully the ghost too. The strange ghost had left something weird in the house forever instead of Mehehehe! Eden said.

So as you all know we are doing online school. Some people like online school and some don’t. We are doing Hebrew online, where we do online worksheets and we watch more videos. So there really is not a lot. All the worksheets are linked and we have google slides to show what we are doing that day. I personally like online because we don’t have to do so much work and sometimes we get let out early if we finish everything.

Thank you for reading!

Hello everyone, Charlotte and I are working on wind energy. Let me show you our project. 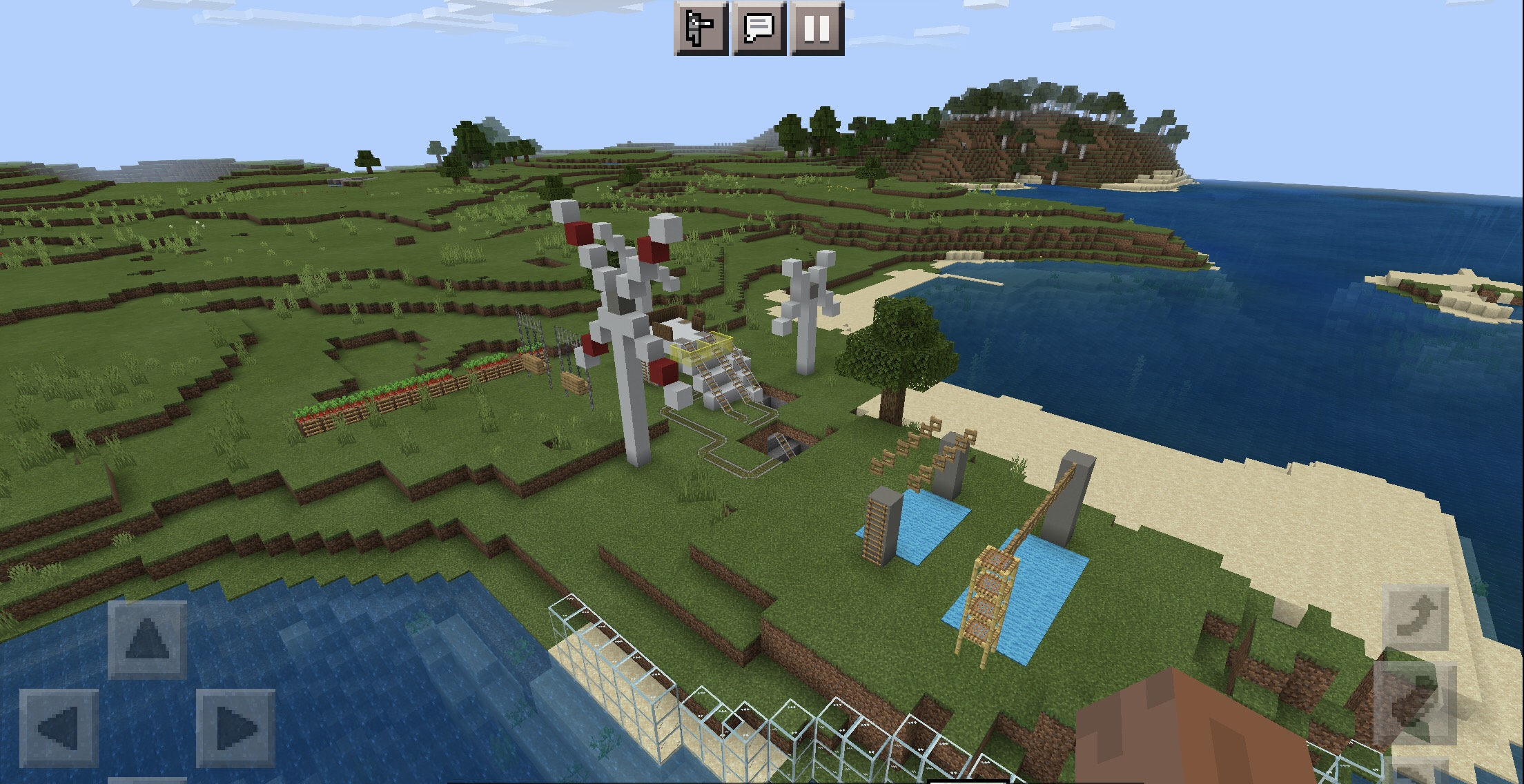 We made it in Minecraft, I hope you like it! We need to fix how we can have wind energy in a park that will help keep our parks as environmentally friendly as possible. The wind energy is powering the rollercoaster. To create the energy we are using “Wind Turbines”. The roll cost is the main part of this because it is working from the wind turbine.

This is a little video to show you how wind turbines work.

I hope that you learned about wind energy, and I really hope you like Charlotte and my park!!

On Monday, March 1st we started the matter presentation. It was kind of scary because we had to present to the class. We had a decide what we wanted to like. Deforestation, Plastic Pollution, Melting Ice Caps, or Oil Tanks. I chose Deforestation. Then we had to make another decision which was a Video, A poster, A presentation. I chose a presentation and a video.

We also could work with a partner or by ourselves. I chose by myself because I feel like working with a partner is just more work. We could bring cards to read from but I memorized my matter presentation. It was really fun to do all this. We also got to chose what grade we can present to. I just chose 5B because I did not really want to make a video so that the grade that I chose would see it choosing that grade would be so much easier than making a video to send I also chose this because I wanted to make a video and I know our class likes watching a video instead of a presentation. And then we present. But that is the matter presentation, I hope you liked reading this and I hope you help! Bye!!! 👋

Last week in online French we started My village. This is mine.

Get a slides and then get roads and put buildings.

Then you name 6 buildings.

And do directions on to get for you chose of building  to your other chose of a building.

And done there you go!

It is really easy!